Looking for some suggestions

I have made a few post about my project, but I’ve decided I’m in need of some assistance from the community, I have access to a pretty sweet setup of networking capability and I think I can use it to offer significant contribution to the network, but quite honestly I’m a bit over my own head at times with some of this.

Because I happen to be in a perfect spot, I have access to not one but two 5 gigabit symmetrical fiber line, from separate isp’s, on separate lines. For a pretty reasonable price. I also can go up to a 64 ip public block on the connection I have in place, tbd on the second.

Powers cheap here, 8 cents a kw/h, the summer months have peak rates that are painful, but I have great sun and roof space, battery space, and a line of sight 5g tower, did I mention the 5g cellular backup that’s in place with external antennas? Or the helium miner with an external 25’ mast.

It’s a long story why I have this all, mostly, hyperfocus adhd binges, and nerdy entertainment, but I want some guidance, suggestions, and such on how I could really bring this all together to support the network.

I do own my house, I envisioning a room dedicated as a true decentralized hub, I have the room lol, I’m working on a heat exhaust system and a mini split, dropping cat6a vs the existing 6 for multi gig.

I have setup a somewhat proof concept deployment,

Nodes 2914, 3049, and 3081 are all running on separate public domains from here at the house and sharing a 2.5 gigabit symmetrical connection.

I have a side project with a Yggdrasil public node that shares the interface with the 3 nodes located at tcp://108.242.38.187:1337. It’s peered with the major us servers and is forwarding between 6 and 8 gigabytes if traffic of a day. I honestly don’t understand much about these, but it seems to be doing some good

If you want to see it on the main map

Gonna attach some pictures of the installs just for motivations 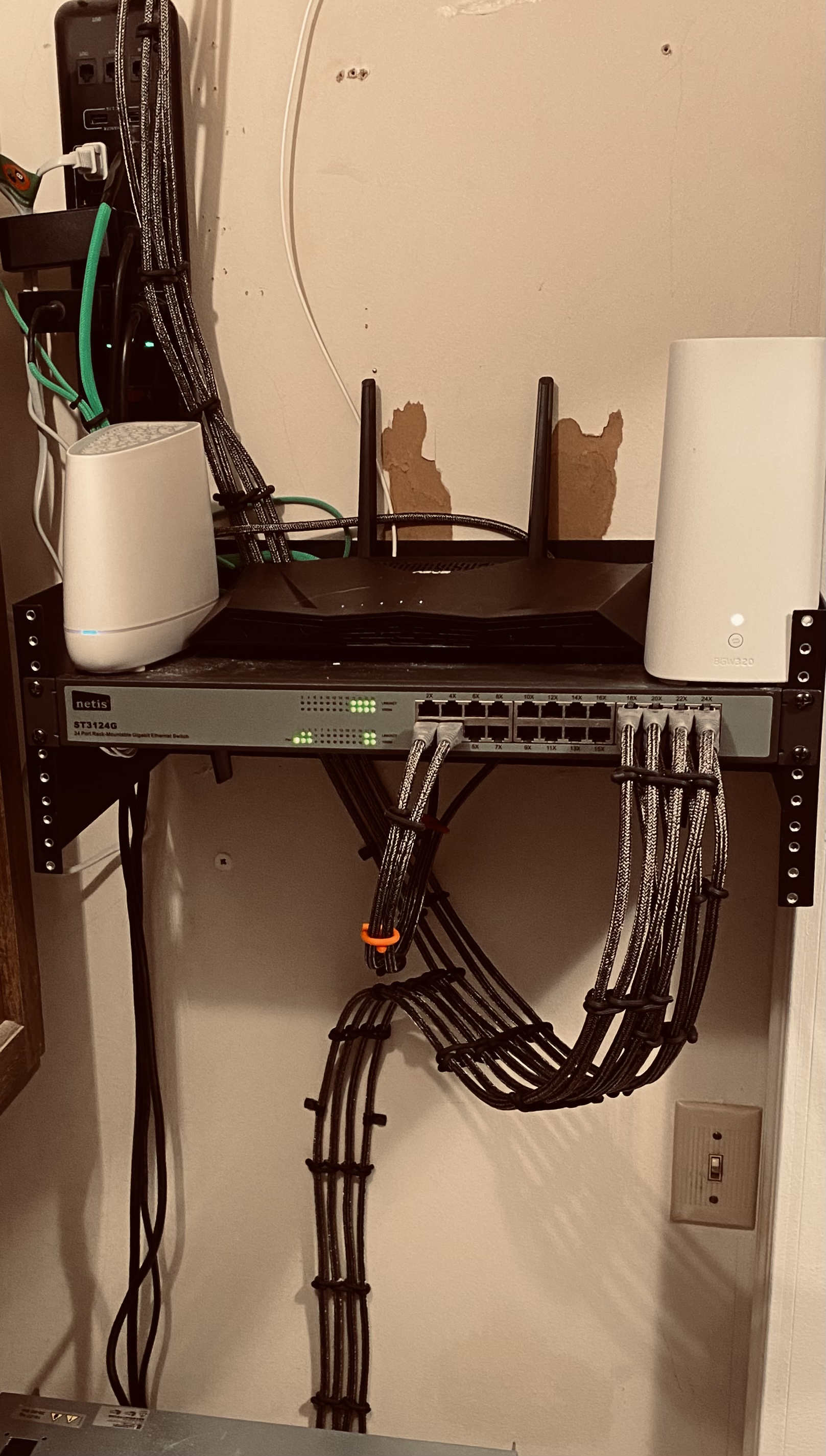 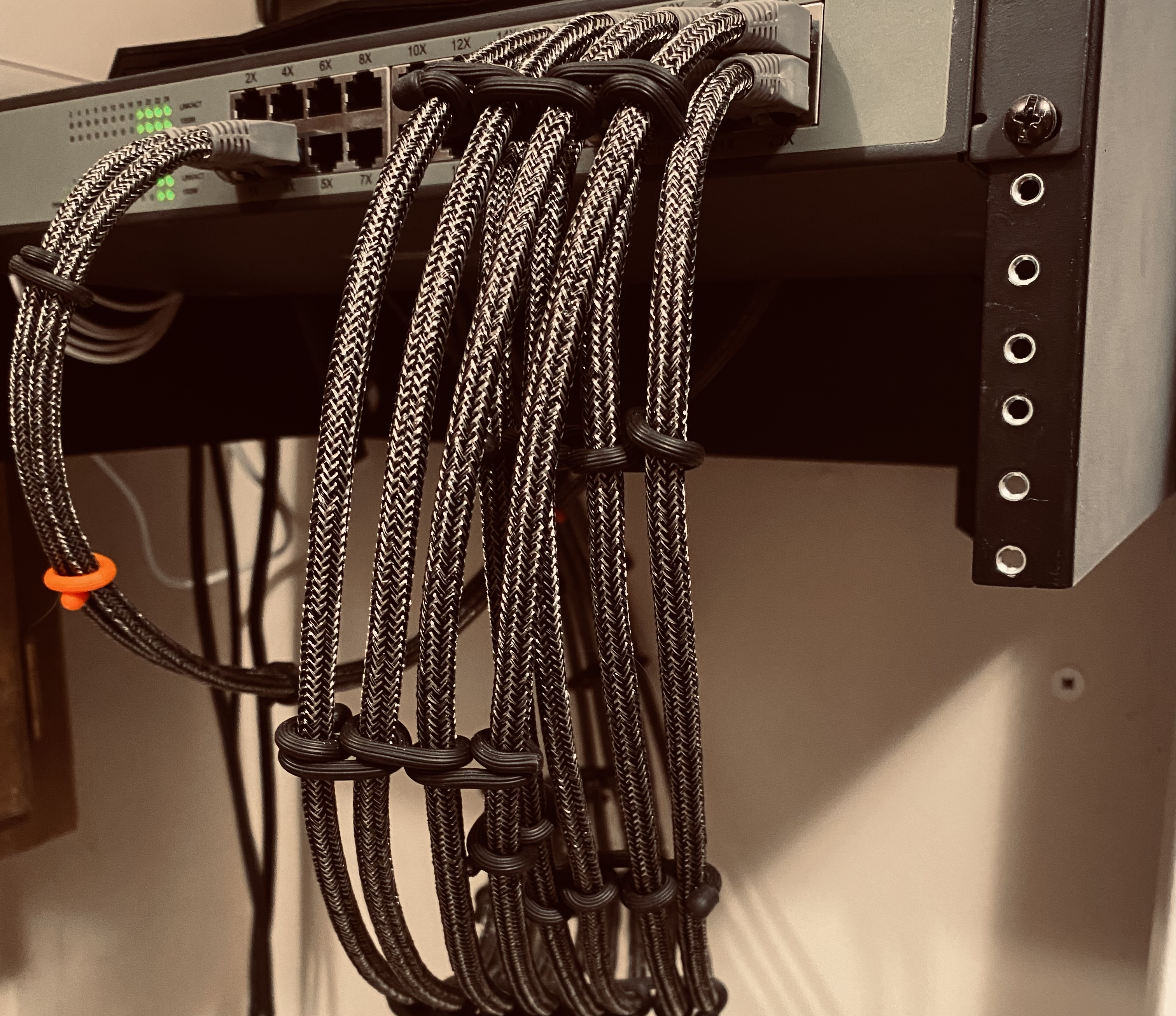 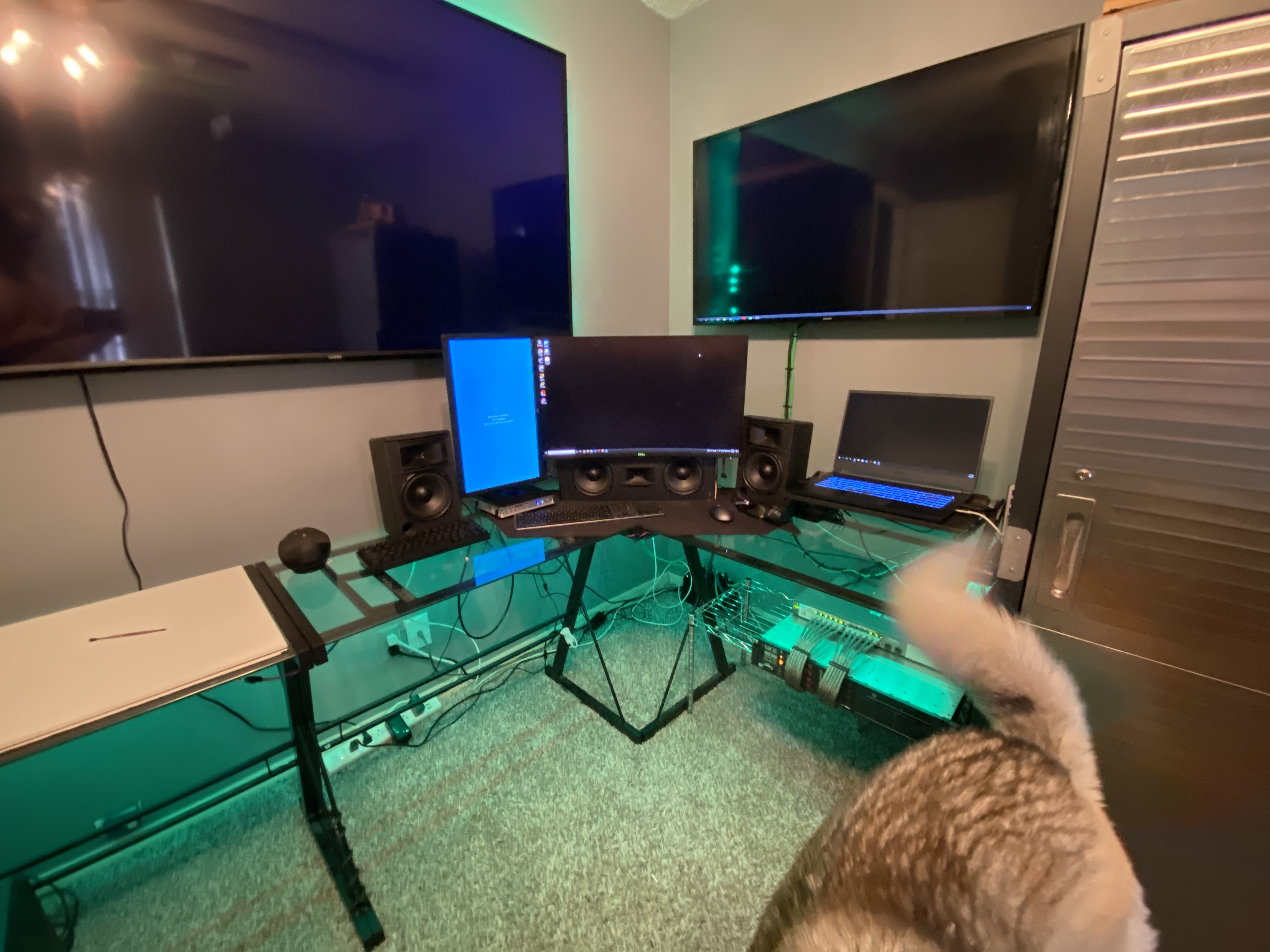 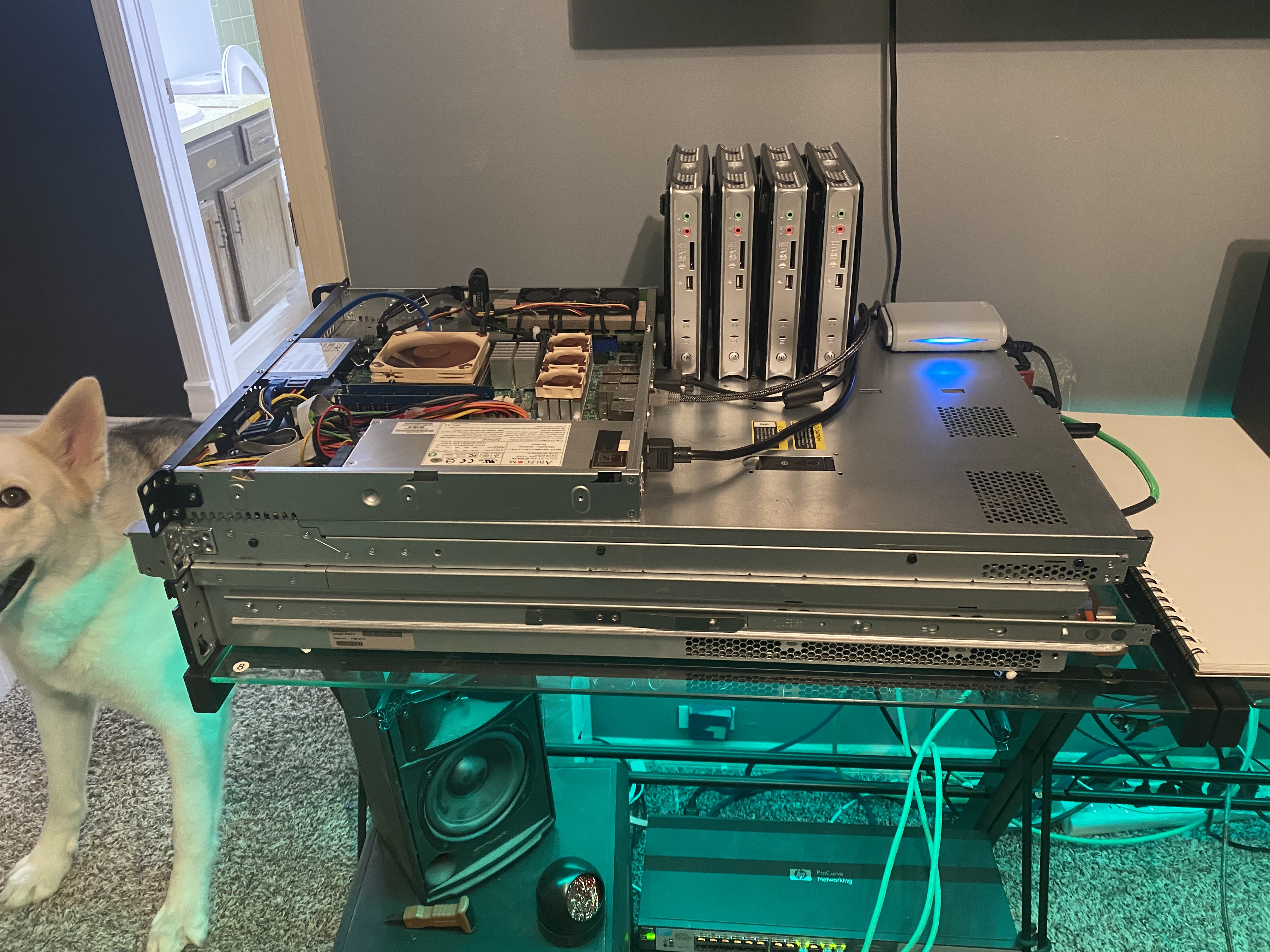 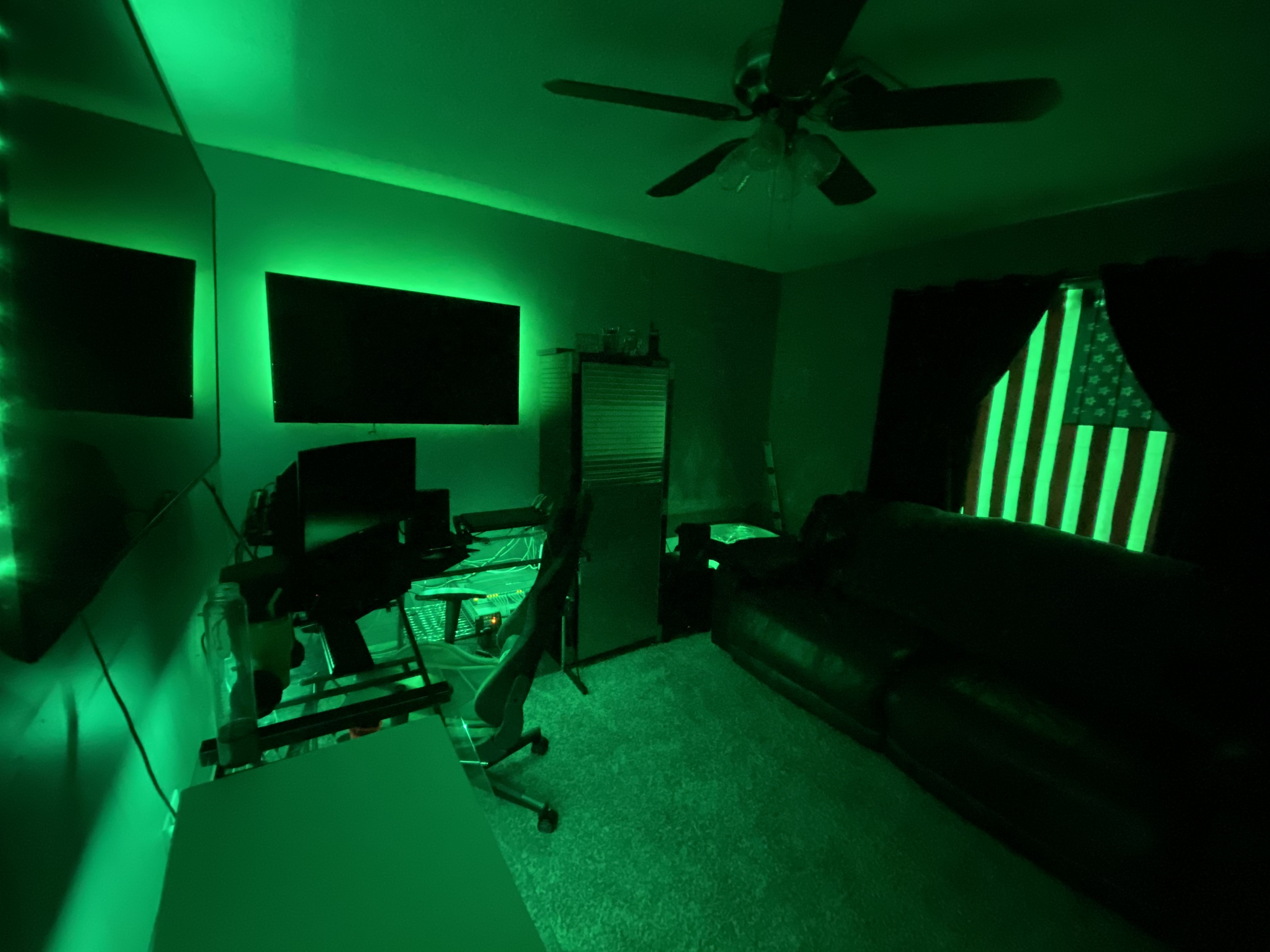 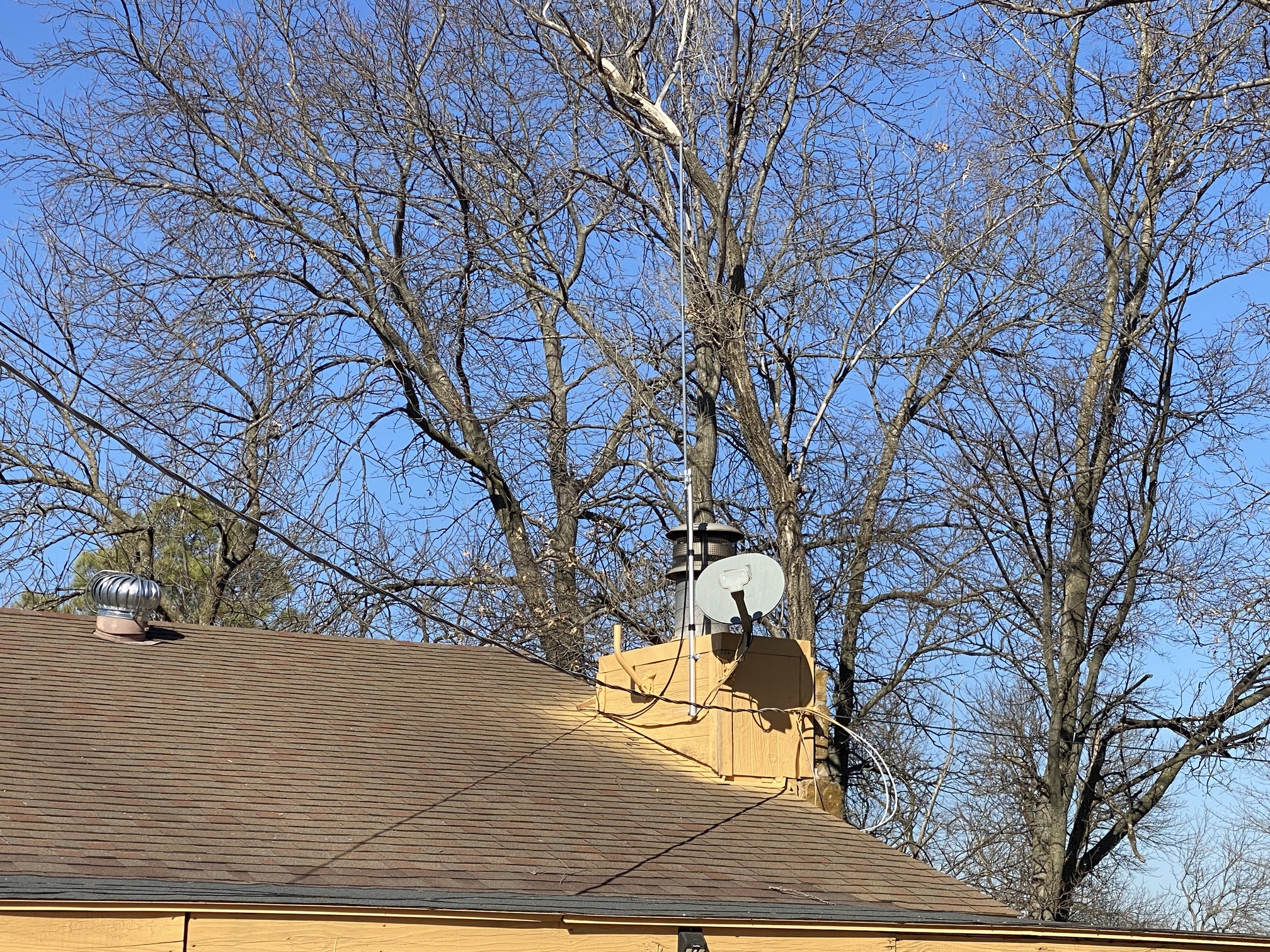 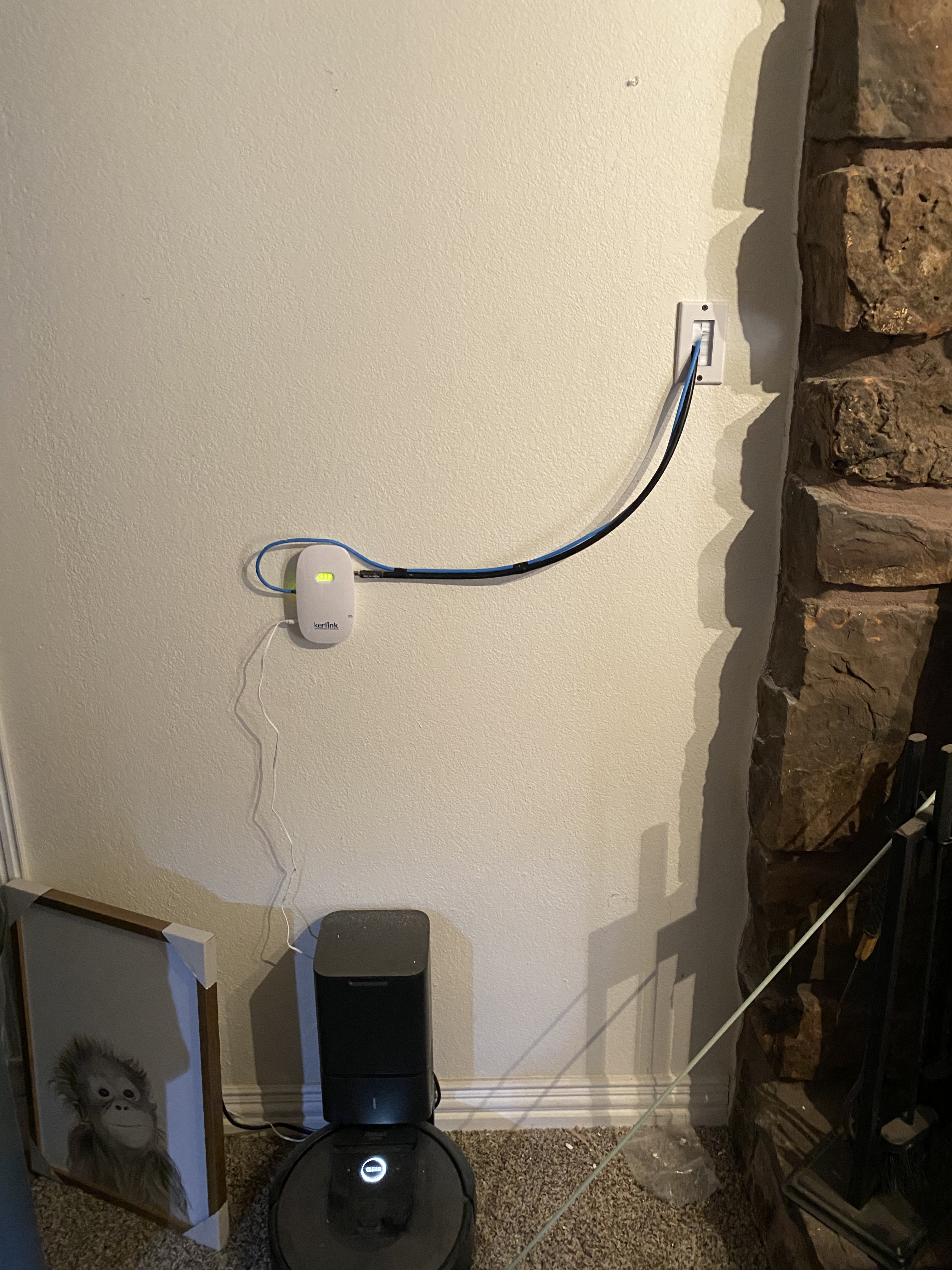 I want to keep the focus on how I can capitalize on a available resource that’s way more affordable then usually available, (10gig, 2 isp, 64ips for under 500$) and not on earnings.

If there’s ways to support core infrastructure that do not neasecarily increase earnings that’s entirely an option.

Everything’s open source here. Im a hobbyist so yea there’s probably mistakes, I can suture though

Disclaimer, pics are pre public ips, I had to drop 6 new runs, and it’s not pretty anymore. Lol.

I want to keep the focus on how I can capitalize on a available resource that’s way more affordable then usually available, (10gig, 2 isp, 64ips for under 500$)

You didn’t say legal, so you could sell Plex subscriptions.

lol The sad part is, ima have to Google that to understand the humor.

Basically people pirate tons of movies and shows, setup a Plex Server, and then sell subscriptions online. It’s a like a private Netflix. It requires a ton of bandwidth. Don’t do this. Or do, I don’t care.

Well I’m definitely more looking for some help setting a direction within the project, that benefits the overall project, so I don’t think that’s up my alley

Have you applied to host a validator?

I would love to do that, I definitely don’t have the capital for the stake currently though

So you are wondering what to put on your 3nodes while they are running?

If I understand well.
Then I would propose to deploy workloads that generate revenue while aiming for the TFT -60% discount based on passively holding TFT in your wallet.

A possible workload would one or many Presearch nodes available on play.grid.tf. But there could be many other options.

It would be great to build up a list of potential projects to run on 3nodes.

That but aswell I need guidance on what hardware I need to actually put all that bandwidth to use, what infrastructure improvements would be advisable to the property like,

I’ve read mention of being on seperate phases of power for gold, what do I need to ask the electrician for lol.

I want to build a decentralized mining dc that can take advantage of existing in excess space, and providing a service with the abundance, but I want it to be as functional and as reliable as a centralized cluster.

Love the raw materials you have gathered. I have some ideas how you can help the project in general:

So for 3 nodes I would think storage heavy nodes, lots of HDD’s etc.

Yes, you have the bandwidth to support some serious storage. JBODs are cheap now with the collapse of Chia and used 3 to 4 TB SAS HDD’s are very cheap.

Building a YGGDrasil Node for 75$ Edit: DO NOT do this if you are on a metered connection and have a bandwidth cap see below [image] My node has moved 2 gigabytes of traffic in the past 3 hours. This is not something that is necessarily part of the “threefold” project, but this will contribute to the strength of the planetary network. I have been able through traffic monitoring to verify that all three of my nodes are peered with my public node and are forwarding traffic through the public n…

i do think the tiny vms have a hug potential to use the local public peer networks as a type of alternative routing and bring planetary closer to being a peer to peer mesh.