Flux is the closest thing to Threefold out there. They are doing VERY well right now, they are the best performing asset in the top 100 coins right now and are gaining momentum. We are going to be playing 2nd fiddle to them for the foreseeable future. HOWEVER, this is actually as much of an opportunity as it is a challenge.

Flux has rather high bandwidth requirements, even on the upstream side. Numbers that are almost not found in the US residential market. 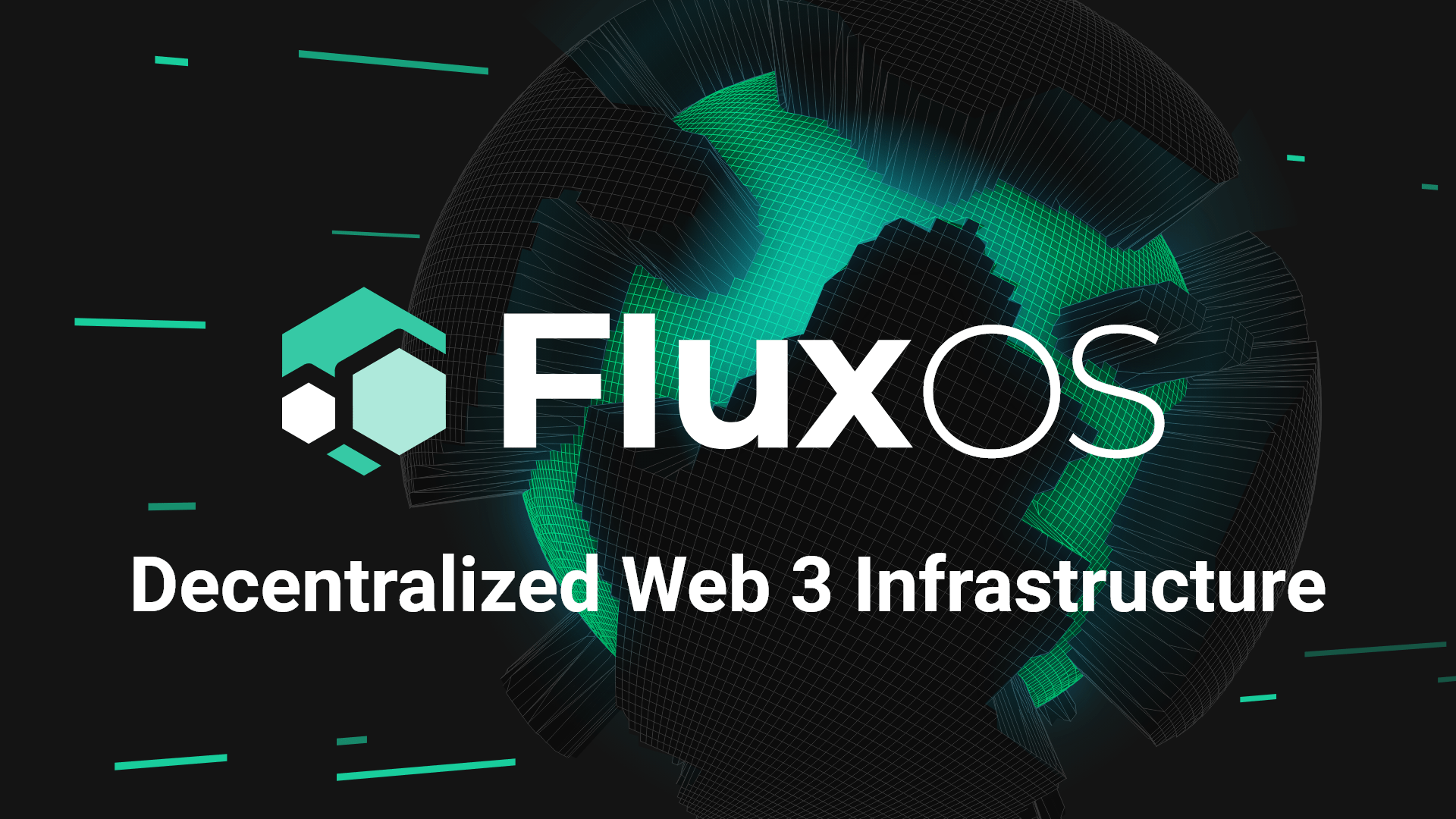 Flux is the cryptocurrency powering the Flux Ecosystem, including a massive decentralized computational network. Flux provides incentive for miners and FluxNode operators on the Flux network. Flux is the currency for buying resources and fueling...

Flux node owners are allowed to use DIY or a VPS. Most are having to use a VPS due to these bandwidth requirements. Of course, by using a VPS, all of a sudden you are just an AWS capacity reseller. They are aware of this shortcoming. If only there was a decentralized VPS service…

That’s where we come in. This coming week I will be working on deploying a Flux node on Threefold. This won’t be that hard for me since I know how to navigate the capacity to find a suitable node.

As things are right now, we are not set up for people coming in and launching Flux nodes unless they are launching on their own TF node, as they will know the uptime and bandwidth of that device. What we need to do is create a “capacity filter” function on the play grid to find suitable nodes, with a selection for “Cumulus”, “Nimbus”, and “Stratus.”

This is going to require quite a bit of feature build out. We need tools implemented to measure the bandwidth and EPS of CPUs. The rest of the node statistics functionality is already built in, so sorting by the prerequisite threads/ssd/ram will be trivial. No need for an uptime tool as you simply don’t earn when you are offline, so not vital.

It is my understanding that these nodes require ports opened, so I think this will disqualify most of the at home nodes (I will verify as I experiment). The Flux node eligible capacity filter would then have to filter only for those nodes in DC’s or similar environments.

So, with the dev of two news tools and some editing to the capacity filter we have an amazing use case with tons of demand. I wouldn’t be surprised if Flux would be interested in talking to us about this as well.

Not only for Flux, but ThreeFold should be used as a partner of AWS, Google cloud, Microsoft Azure and another cloud service providers. As I know some are struggling to provide enough capacity for the clients. The board should consider a strategic partnership with those companies, else only small percentage of the Nodes will be used.

Some slight revisions to what I posted. Adding this as an app to the play.grid would be optimal. I can help organize with the team if they decide to take this up.

Should be possible to open the ports needed and make yourself available (opt-in) to host flux node. Since uptime/hardware requirement is high, maybe some extra payment when you are hosting a node to make it worthwhile.

Noooooooo, that’s like reselling with walmart in the 90’s. They just keep pushing more and more demands until you rely on them exclusively and they just keep cutting out more and more profit from the producers and outsourcing to china

Hello.
I’m not sure if I follow.
I think having a partnership with flux would be awesome. Could drive TFT price up.
Are you concerned that flux could take all resources TFT has?

Love to help with the weblets / playground part. Would be great to get a first community based weblet in there.

Are you concerned that flux could take all resources TFT has?

Depending on what hardware would be eligible to run Flux, it’s a possibility. But I think it’s a good problem to have.

I agree.
There could be possibility to put a cap on total % of resources.

I was responding to the idea of “partner of AWS, Google cloud, Microsoft Azure” not with flux. It’s just the way it shows on the board that made it look otherwise

Did you manage to get it done? I’d love to hear about your experience on this (good and bad).

I was able to deploy the flux installer and run the benchmarks in a deployment. I don’t have the scratch for the flux stake but you can follow their documentation For ubuntu 20.04 in a full vm

Haven’t attempted. I do have the Flux for it, which is now worth less than half what I paid. Hope to try soonish.

The initial minimum stake of 1000 Flux is also keeping me from attempting it at at the moment.
Maybe if the price drops even further I’ll give it a shot myself sometime soon. Looking forward to hear more from you in case you proceed!