Thanks for that note! I went with 8TB because i saw a large increase from 4 to 8TB, and also wanted to reserve hard drive bays.

Maybe there should be a larger delta to TFT payout from 5 to 8?

You are right that there is a large increase, but it’s not linear.

*Also, we must not forget that Zero-OS takes some resources. That’s why I said go with 5TB. It’s also good to check with your SSD if they say 5 TB on the specs, is it 5TB usable TB or the SSD takes some space by default to run. For example, 2TB is often 1.6TB is real world use.

This ratio is to optimized the 3nodes with potential Grid utilization.
So the compute units and in line with memory units.
It might change in the future if we find out be empirical means that it would be more useful.

The DAO will permit such modifications, with the content of the community.

Yes iv been all over that calculator making my own spreadsheets!

I need the spreadsheet of the calculator so I can polish mine :). Any idea where I can get that

Hi @luccio. We had spread sheets in the past that we used to get farmers to “simulate” token rewards. This proved to be a hard task, because we don’t want multiple copies to be out there (versioning being a problem and having a lot of copies of the same thing is not very efficient). So we decided to go “simulator” and have an online version.

If you want to polish your spreadsheet I am happy to help you with that. The formulas are not that hard (see here: Token Lock and Farmers Building at Scale) and we can go through it together and make a community version (1 version, so you will have to maintain and version control it. - github?.

Here are my nodes so far. Focusing on towers since a rack setup is not feasible due to my current location. Low noise level is important.

select “save to removable storage device”
it will save a text file to a memory stick “CPQSETUP.TXT”
open his text file with your favourte text editor and add a * infront of Enable under Headless Mode

New to the community!

really love the goals and the work that’s being done here. Have a helium miner on my net already so this could eventually be a great combo. Brought two DIY nodes online in the last couple days. they definitely aren’t the fastest pieces of equipment around, but my network outshines the hardware.

Network wise I have a symmetrical gigabit fiber connection with sub 15 ms pings 5 public IPs, 3 of which are currently occupied by my user device router and the two active nodes. Both nodes have domains setup to redirect ipv4/ipv6. it was quite the experience getting to this point but satisfying to see it all working.

I also am hosting a yggdrasil node on the net that is peered with a public peer in all the major hot points, london, ny, dallas. It runs on a GL.Inet Beryl travel router flashed to vanilla openwrt.

side note, the 1 u case never has a top, that’s why things are individually cooled, the dl380 has a home in my network closet, the open top case mounts on the wall by the desk as a functional display piece. no it isn’t load, and yes its temp stay great 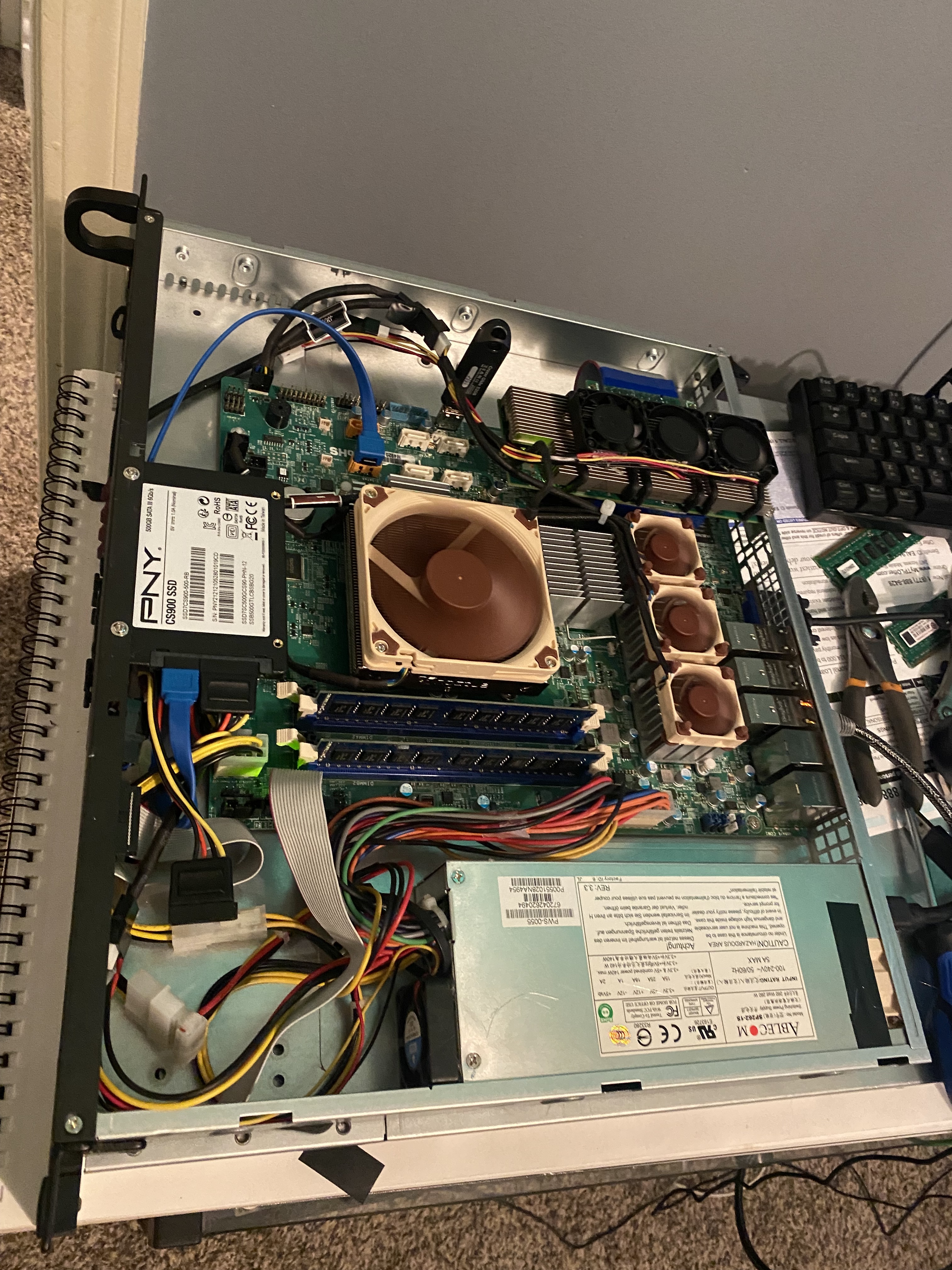 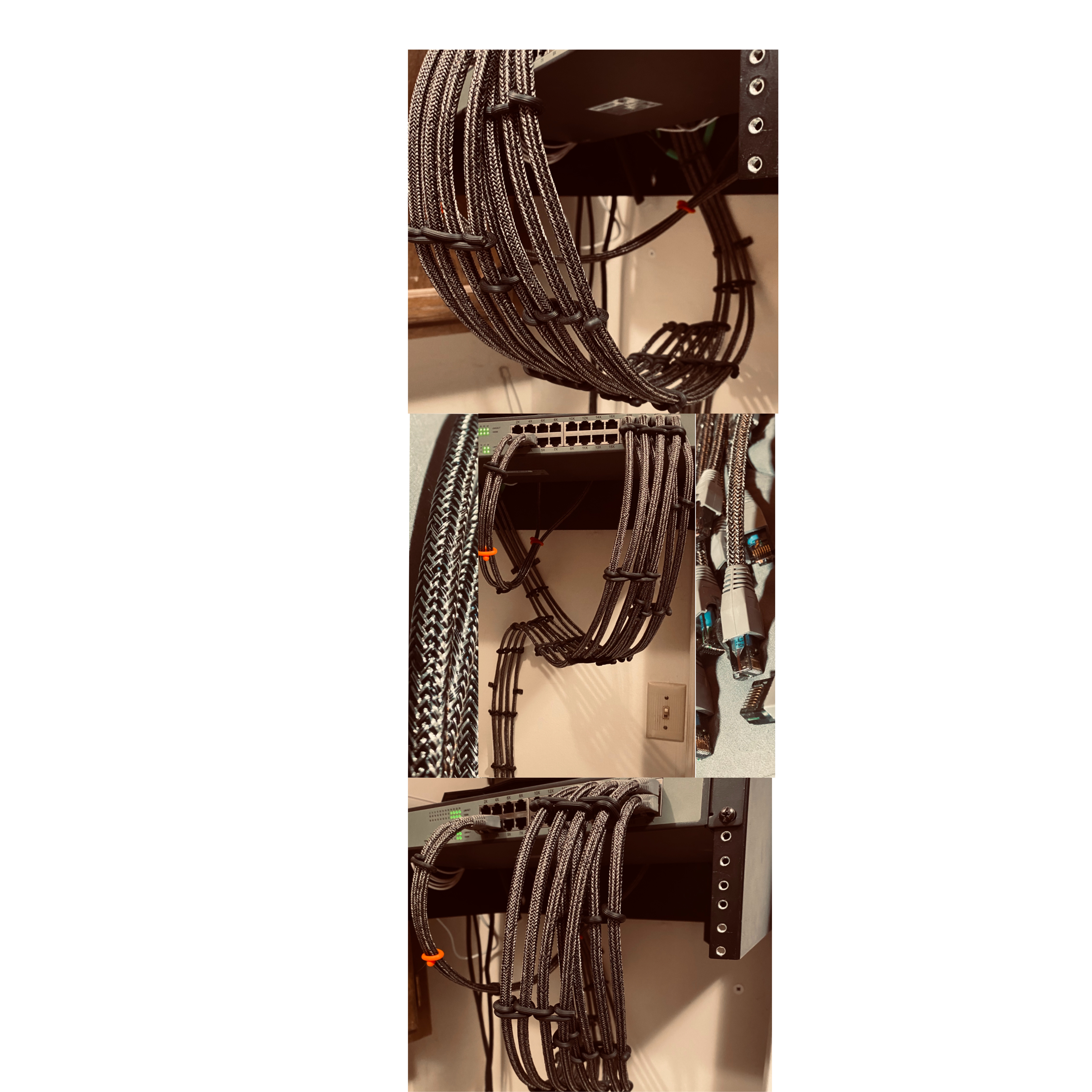 Sharp looking Supermicro rig. Good to see we are starting to get some of the homelabber types in here.

Amazing! That’s very nice. I added this trick of yours in the upcoming FAQ. It will be added soon on the TF library.

Hey @parkers nice TF farm. Happy to have you here with us.

I know some people had trouble with 10GB nic card, good to know that it works for you!

My 10g nics are x540s they are stupid Reliable as far as compatability. The super micro box is an interesting project that’s just repurposed to the node currently. It has 6x on board 10g ports and it’s long term role will be to provide my wired network with 5g routing to match the newest Att speeds available. 6x10gbe in a project that cost sub 300$ isn’t half bad.

Just set up my first DIY farmer!
(it’s currently running 2 x 4TB SSD drives, as I had them both here);
I ordered 5 of the setups above today, 2 more for myself and 3 for other IRL friends I’m helping get into TFT! When the parts arrive over the next two weeks or so, I can use one of these 4TB drives in another farmer setup and replace it with a 1TB drive. Semi useless there for now… I don’t mind tho…

I’m using this for my home network/security(access control)/CCTV setup.
It will suffice for now and suits my multi needs from the devices.
I plan to move everything (all my crypto stuff) offsite over the next couple of months; into my commercial property, So the network will be different when I move; This will stay my home one.

Everything is in a 32u rack at home; I will get some pics up soon once I tidy it up and some final pieces arrive. I hope to get 5 of these farmers up and running in this rack within a month! With plenty more to follow after that!

p.s
I am looking at also getting 2x 2.5" spinning HDD for the 2 front slots; I’m still waiting for pricing information and specifications back from the distributor; they won’t be that big in capacity, but at least long term, each node will have some spinning HDD space to go along with it. Once the vendor gives me pricing and info, I will add it to the list.

Feel free to contact me for anyone living in Australia or close by for vendor info. It’s the cheapest quote I could find and get when writing this for our region. Everything bar the SSDs come from the same vendor, making it very easy!

I have two electricity supplies here each with 4kw solar installed some ten years ago. One has little base load so i am probably going to add a new socket in the cupboard. Its in a basement that sits at 20c regardless of outside temps.

Waiting on parts for the Dell 5810

Nice setup SSD is good. You would highly benefit from adding some more RAM up to 256 GB.

An update on my current DIY nodes.

So I’ve always wanted to build a PC, so I decided to go for it, bought all second-hand parts, and connected it to the grid. Parts:

@randynho has a good point. Optimally you would reach 8gb of ram and 100gb ssd per one virtual core (thread/logical core) 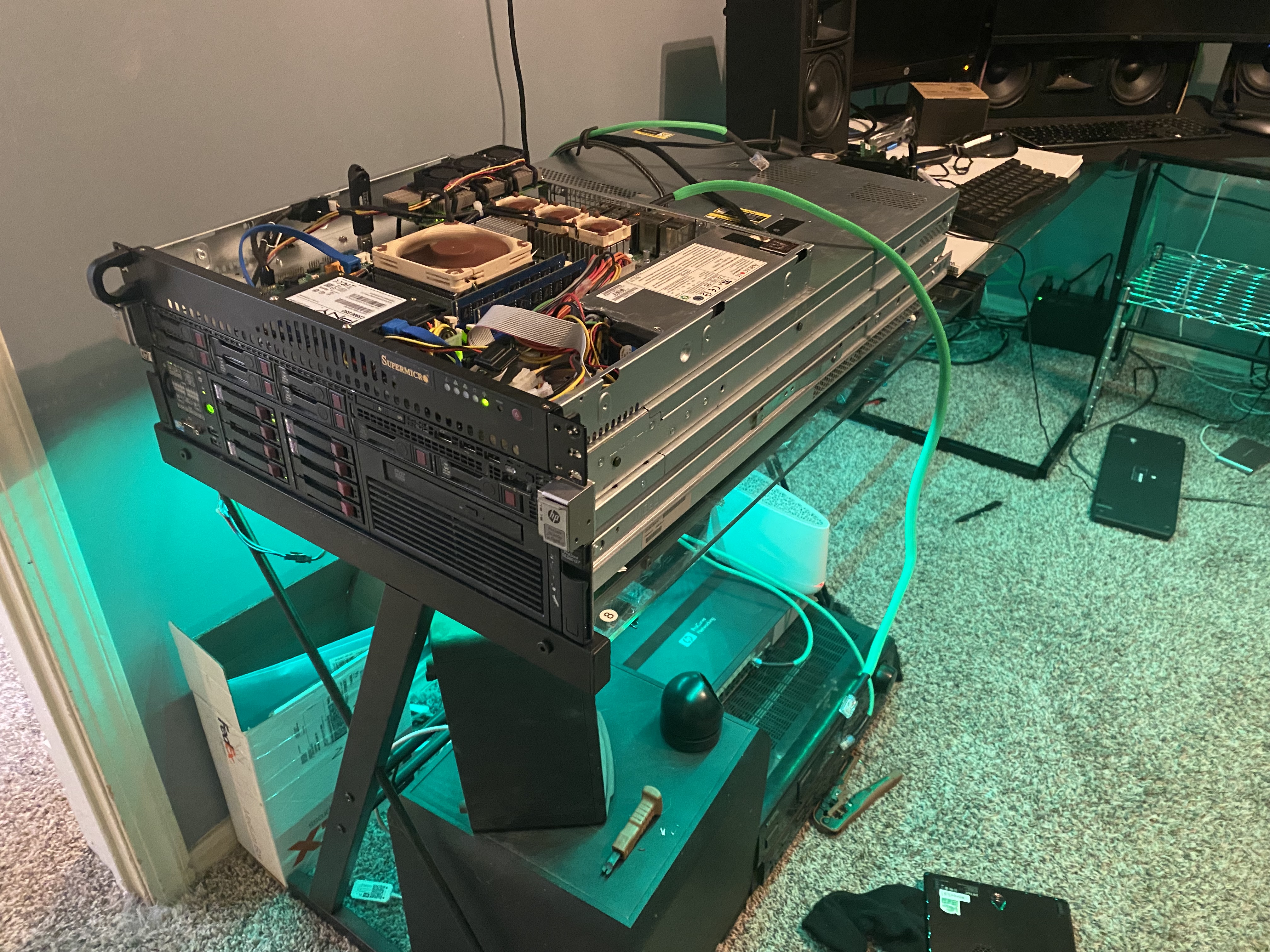 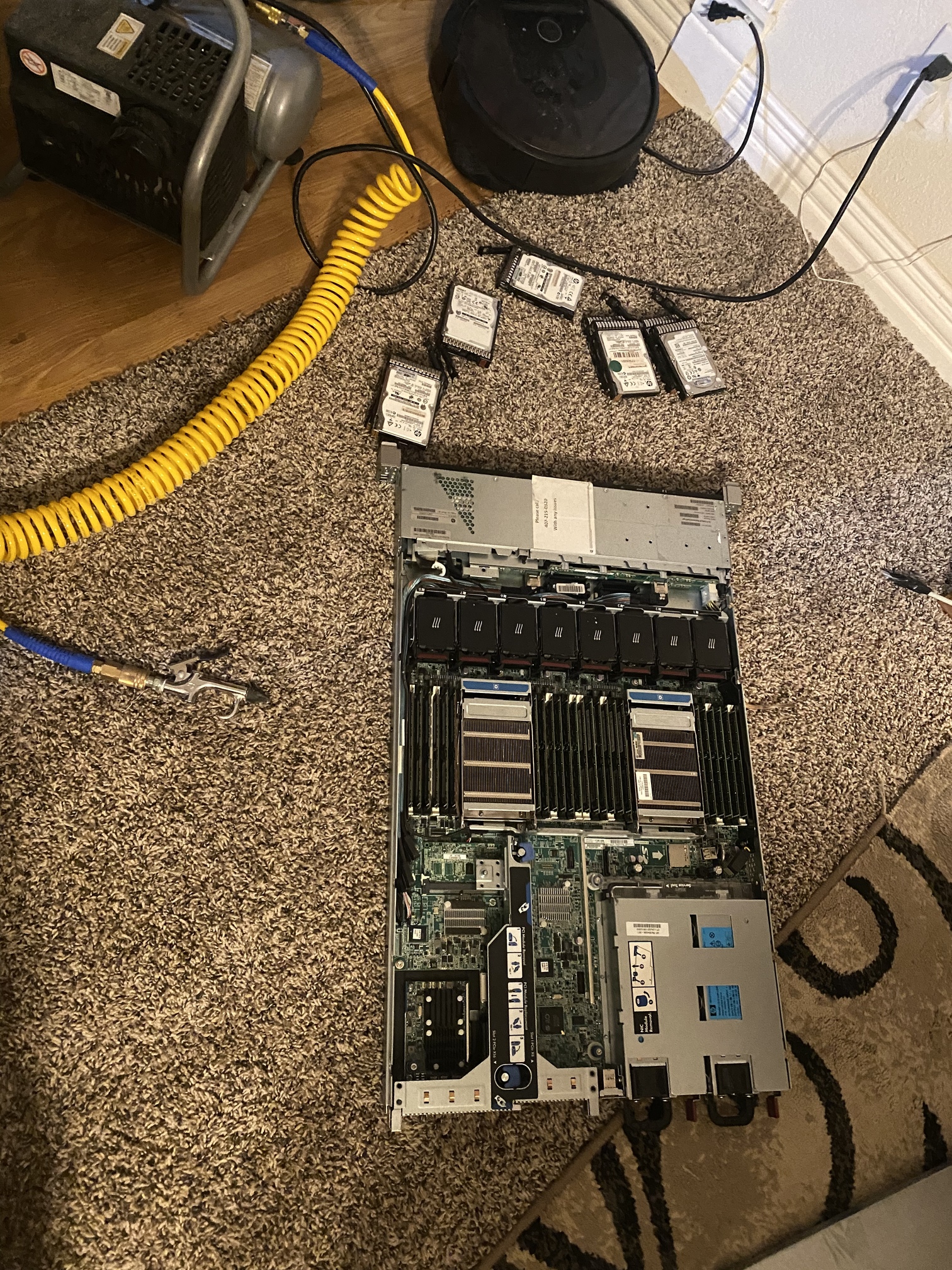 I’m relatively sure my arrays are functioning properly, I’d love to see some read writes tests on the nodes arrays to verify it. If they are giant in should be able to able to out write my cache by miles utilizing the arrays concurrently.

Node 1 Got upgraded aswell with 7x 300gb 15k sas hp drives. But I’m waiting to wait reboot And initialize (fingers crossed the same things work) the second array until Monday when the ram for it and the other node will be delivered.

I have the 4 core but the 8 threads are not showing in the grid explorer. I have virtual tech enabled in bios. Any pointers ?