What is a Threefold Gateway and Why Do We Need Them

What is a Threefold Gateway and Why Do We Need Them

There has been lots of discussion lately about Threefold Gateways, what they are, how they work, and why they are important to the future of the grid. as a general concept any node that is capable of receiving inbound traffic can function as a gateway for the grid in some capacity and the infrastructure provided by this is a major part of what makes the grid capable of creating a “virtual data center”. which is fancy way of saying that we have the capability to make nodes that are geographically separated, and without public Ip addresses, behave as if they are on a local LAN network with each other. this is conceptually similar to a private VPN network. Where the grid differs from traditional technologies is its availability for endpoints within that network to be controlled autonomously.

A node becomes a “Gateway” when a Farmer adds a public ip address to the node itself on the dashboard, in doing this, that ip is then handed over to the base operating system of the node itself, in order for that I.P. address to be used in the overall functions of the grid,

This IP address is then used in providing Gateways for other nodes on the network to be able to receive inbound traffic in a private and low latency way. for instance a user can deploy a peer tube instance and have access to the website on a node/farm that does not have any public ipv4 addresses. this accomplished by the gateway nodes working in a fashion similar to a load balancer where a web server separates traffic based on the domain and forwards it to and from a node over the internal networks (Z-net and Planetary).

A gateway node is also capable of participating in the overall mesh network, anytime a node comes online it has to join the network so that it is capable of being place into a private network with other nodes. This is accomplished by the node coming online sending an outgoing request to a gateway node to establish a “tunnel” that node then connects to the gateway, and holds open a connection so that at any time the gateway node can forward traffic to it. This relationship is similar to your home router and your computer, the gateway simply receives traffic and forwards it to the destination, then the process is reversed, to the user, it appears they connecting directly to the server with no public address.

The concept of mesh networks has been around a long time, and while their popularity is growing, they have always suffered a shared flaw when expanded to a community level, they rely on each node within the system to be configured correctly, a misconfigured link in the chain can cause traffic to be diverted, intercepted or simply lost resulting in performance problems and security risks. Threefold Gateways provide the opportunity to solve this flaw, each gateway node is controlled by the blockchain allowing for configurations to be synced, and actively changes as performance needs necessitates. More importantly they provide a secure way for anyone to participate in the mesh, without exposing the contents of the traffic to the participants.

Each gateway added to the network allows the grid to route traffic through its network, this allows the grid to utilize the transport infrastructure of that nodes i.s.p, as more and more gateways come online, we are able to choose from a wider selection of “routes” that traffic can be carried on in service of the grid.

@ParkerS thank you for this explanation. Love to take this one step further and describe/showcase in a few steps how / where to find gateways and how to make on work in (Europe) and a 3node (private network, behind a NAT) somewhere else?

I have personally never created / deployed a web gateway / nodes, so love to learn that as well.

This is the “Farm Section” where you add I.P addresses that will ultimately serve individual VMS in providing a public address used solely by the deployed VM 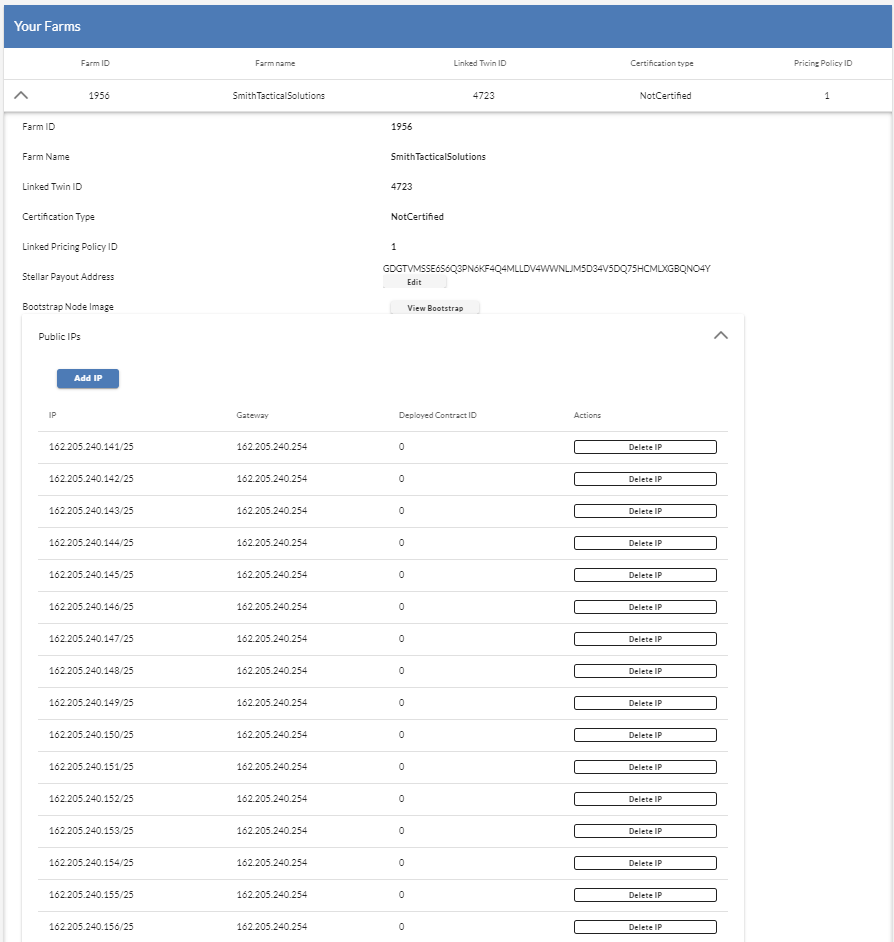 This is the section where you add I.P addresses that are used to route traffic to other nodes and allow workloads without public addresses to be accessible by domain name from the traditional internet. 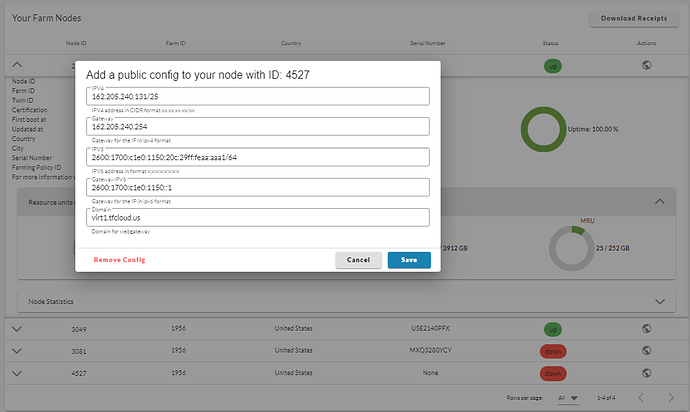 This is an example of an applet that users can choose a gateway node to provide domain access to their workload.

How-To use a Gateway to Deploy Your Workload On Any Node.

Many workloads that live on the grid require the ability for them to be accessible to devices outside of the grid, One option you have for accomplishing this is using a Gateway Node to route internet traffic to your workload through use of domain name. This setup allows you to expose workloads running on any node on the grid to the internet, without the additional charge and resource requirement of a Dedicated IPv4 Address.

For this example, We will deploy a Peertube Instance, We want to host this workload on a Farm that does not have ipv4 addresses available, but we still want it to be accessible through a users standard web browser, without additional software or configuration.

Once you have selected your nodes and set the appropriate settings, you will click deploy and the grid will create a virtual network between the Gateway Node and the Workload Node and route all traffic for the subdomain of the workload to the internal ip address of the workload node.

In the above example we would deploy our workload on test net node 198 without a public address, but we would connect to it from the internet, through test net node 12, the gateway hosting Gent02.grid.test.tf 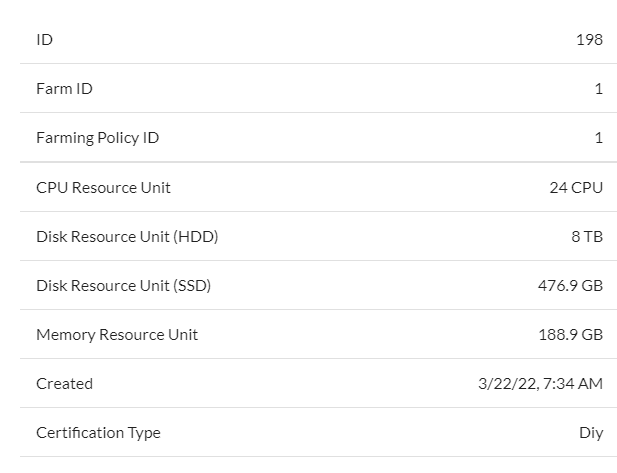 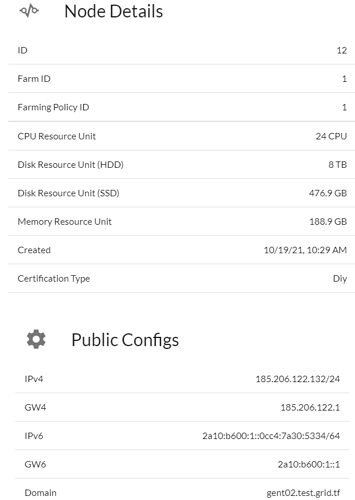 despite their being no public ip addresses associated with the VM running the workload.

This usage has a few limitations,

Why is this not yet possbile on VM’s?

It is possible with a standard vm, if you deploy using Terraform.

Any limit to the number of nodes that can be assigned to a gateway?

eventually i imagine the workloads would fill the node to capacity, but i dont believe there is set limit otherwise.

If a gateway goes down, are all those workloads lost or can they be reassigned to a new gateway?