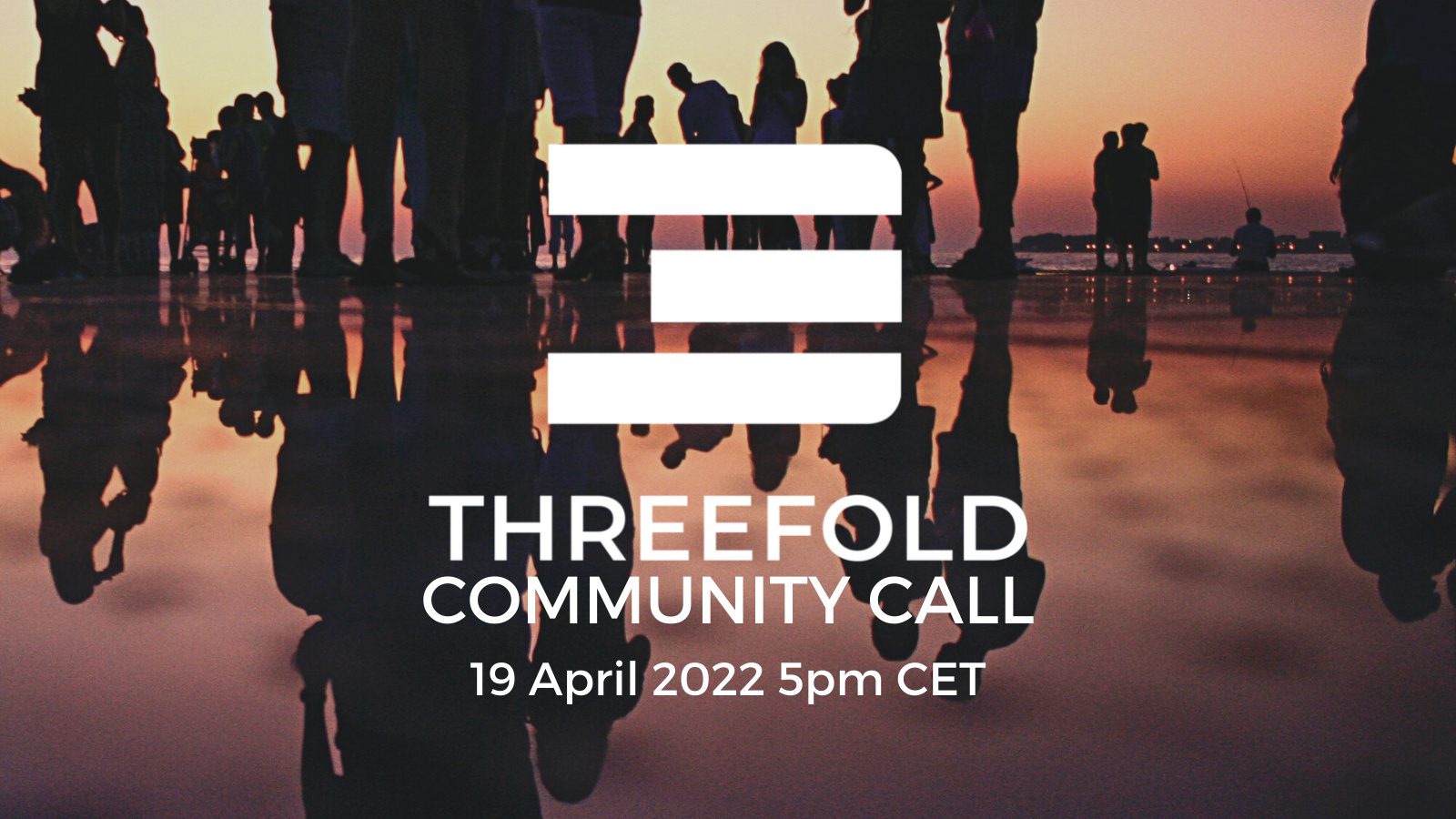 Hi all, next Tuesday (April 19) at 5pm CET we’d like to invite the ThreeFold community – new and old – to a call where some of the team can provide a general update, and the community can ask questions as well.

Here is the link for the call.

If you do have any questions, it would be best to send them ahead of time by replying to this post. We’ll do our best to answer on the call (otherwise we will answer here).

The call will be recorded, for those who cannot attend live.

Yes, great question. This will be a part of the call for sure!

When will delegated staking be implemented and available for TF users?

ETH merge is comming this year. Is there a possibility to implement GPUs on Threefold this year.

[image] don’t throw away your GPU’s once Ethereum goes v2.0 We will support GPU’s < end Q2 2022 in dedicated nodes. GPU’s are amazing for lots of workloads like deep learning artificial intelligence compression/encryption At start GPU’s will only be supported in dedicated nodes. We expect this to drive a lot of compute traffic to TFGrid. Stay tuned. Kristof

When will CPU and bandwidth minimums be codified?

When the dynamic change of the microprocessor frequency will be implemented in Zero-OS operating system?

Unnecessary work at high frequencies leads to unnecessary consumption of electricity.
With my two nodes with low-power processors (i5-3210M TDP 35 watts and i3-4130T 35 watts) I feel warming the boxes, in place of the processor, although the load is 1% - 2%.
Imagine thousands of nodes around the world, what consumption they have!
Moore’s Law:
The Good News: In the processor chip, the number of transistors doubles every eighteen months.
The Bad News: To get the performance improvements we’re accustomed to, CPU Power consumption will increase exponentially too…
CPU power consumption can be calculated by the formula:
P = C * (V * V) * F
C - Capacitance, a function of wire length and transistor size.
V - Voltage.
F - Frequency.
We cannot change the capacitance.
The manufacturers reduce the voltage with each new generation.
But we can reduce the frequency with the software!
Intel’s CPU throttling technology, SpeedStep, is used in its mobile and desktop CPU lines.
AMD’s Cool’n’Quiet technology is used on its desktop and server processor lines.
AMD PowerTune and AMD ZeroCore Power are dynamic frequency scaling technologies for GPUs.
There are enough developed applications for Linux:
https://wiki.archlinux.org/title/CPU_frequency_scaling

Indeed, if we want ThreeFold to leave a low carbon footprint in the atmosphere, this is a small but important step.

More information on the subject:

In computer architecture, frequency scaling (also known as frequency ramping) is the technique of increasing a processor's frequency so as to enhance the performance of the system containing the processor in question. Frequency ramping was the dominant force in commodity processor performance increases from the mid-1980s until roughly the end of 2004. The effect of processor frequency on computer speed can be seen by looking at the equation for computer program runtime: where instructions per...

If the market enters a long bear period (let say token price falls to cca 0.03 for next 1 year) how would this affect the project?

The question I wanted to ask was already stated, so instead: how are you all doing and what are your thoughts about the current state of the project?

Token value is a very crucial aspect in so much ways. Are there strategies established in order to try to keep the token value stable? how can the community (especially farmers) help to reach that goal (beside staking and/or vesting).

My question is thinking pretty far ahead. Most startups, when successful would look for strategic partnerships or acquisitions… What is to happen in a situation where the project becomes successful and the company itself gets acquired or bought out?

How would this affect token holders and farmers? Would these type of decisions be considered in the DAO?

Glad to see that there are meny good questions. One more from my side, can we get an official roadmap? That would be of great help to track the development and set expectations.

When will the mandatory vesting for TFT rewards start?

I was fixing to ask that myself. Good thinking.

When will Quantum Safe Storage be available?
How will it work? (e.g. 20% more expensive in TFT as it uses 20% overhead, or by default to any load, …)

Could you give a little shout out for my event at Amsterdam Blockchain Week for anyone who’s in the area and wants to learn about/talk about ThreeFold, while also enjoying some (free) nachos and margaritas?! Here’s the listing for the event: https://amsterdamblockchainweek.org/events/all-the-nachos-margaritas-threefold-decentralized-layer-0/

I would love to join but if it doesn’t work out will you record and publish the community call?