After getting my start using terraform recently, I found myself wanting an easy way to accomplish a couple basics tasks

In order to address these tasks I have built a basic bash script that accomplishes the task above as its three main functions. This is definitely not a “for the everyday user” tool as its a command line tool but its actually pretty easy to use so long as your familiar with launching a script in linux.

You can find the script and its documentation here, 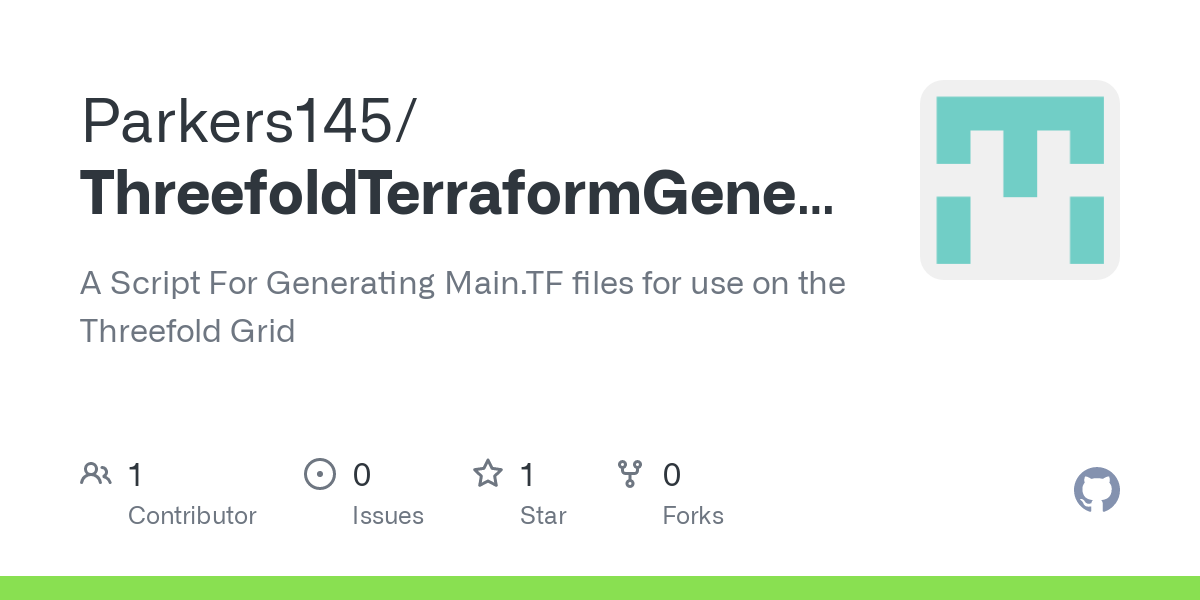 GitHub - Parkers145/ThreefoldTerraformGenerator: A Script For Generating...

The welcome menu offers easy navigation between the functions 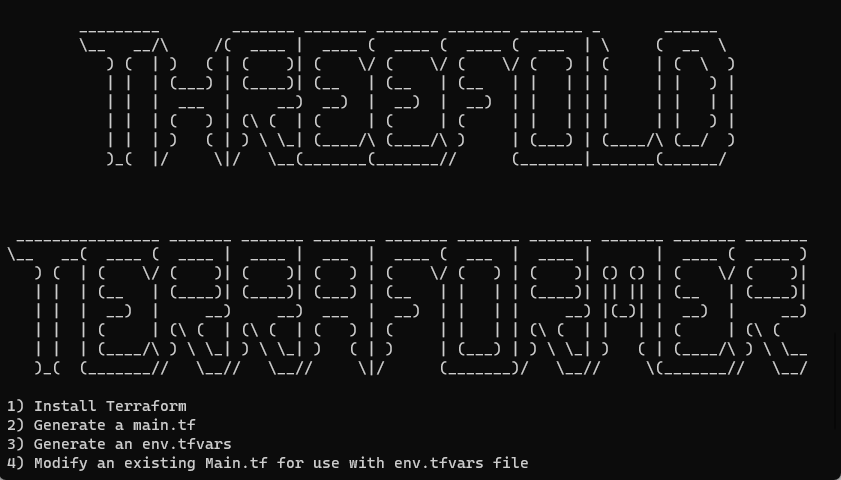 The first function, “install terraform”, does work, though I suggest doing this manually as its not a hard task and this is a relatively untested function.

The second function “Generate a main.tf” offers the ability to create a network of any number of vms and configure those vms each with their own sets of specfications. to include all resources, number of disks, size, mount point, and what output variables to include for each vm. It will output the main.tf to your specified path and so far in testing, these main.tf files are immeadiately deployable.

The third function generates the env.tfvars files that are used to deploy the main.tf files generated by function 2.

The fourth function take a main.tf that is not setup to be deployed with a env.tfvars file and modifies it so it is. as an example this can be used to make the examples available on github deployable with your enviroment variables file.

Here are some quick videos of the script and its functions

this work is one hundred and ten percent open source, modify it, use it, share it, just build with it.

This will help many I am sure.

Here’s a Q&A out of this post. It will then be reachable by the FAQ Bot.

Soon to be updated.

Nice work Drew! Will test it out