Sub-0 and our experience

Our thoughts about the Sub-0 conference

First off all, big shout-out to the parity team for hosting such amazing events. Everything was really well
organized and a lot of lectures provided good insight into what is possible and what the next upcoming
cool features are.

Some things we learned there: the framework will push more to cross chain interaction, interoperability
and growth in their ecosystem. Even though we are in “bear” market, the polkadot builders
framework is the 2nd biggest ecosystem in terms of development and innovation (way ahead of cosmos, smart chain, avax, …). It’s very likely that it will surpass the Ethereum network just because of all the possibilities that this ecosystem and framework has to offer.

The major downside is that the network is closed, not anyone can just join and start interacting with other chains. I don’t think that is bad in my opinion, it filters quickly the projects that are just there to scam people and / or live only on hype. In order to join this ecosystem, you need to prove that you are worthy and then pay for a slot to participate.

The major problem that we faced when we were there is that people were very interested in what
Threefold is all about but we don’t have a “slot” in their system, therefore they cannot integrate with us.

We had talks with some of the following companies:

They provide web3 infra for blockchain projects, they build their own data centers in very remote locations with the intention that a government will have a hard time to shut them down. They were very interested in partially using Threefold as web3 infrastructure for their clients. 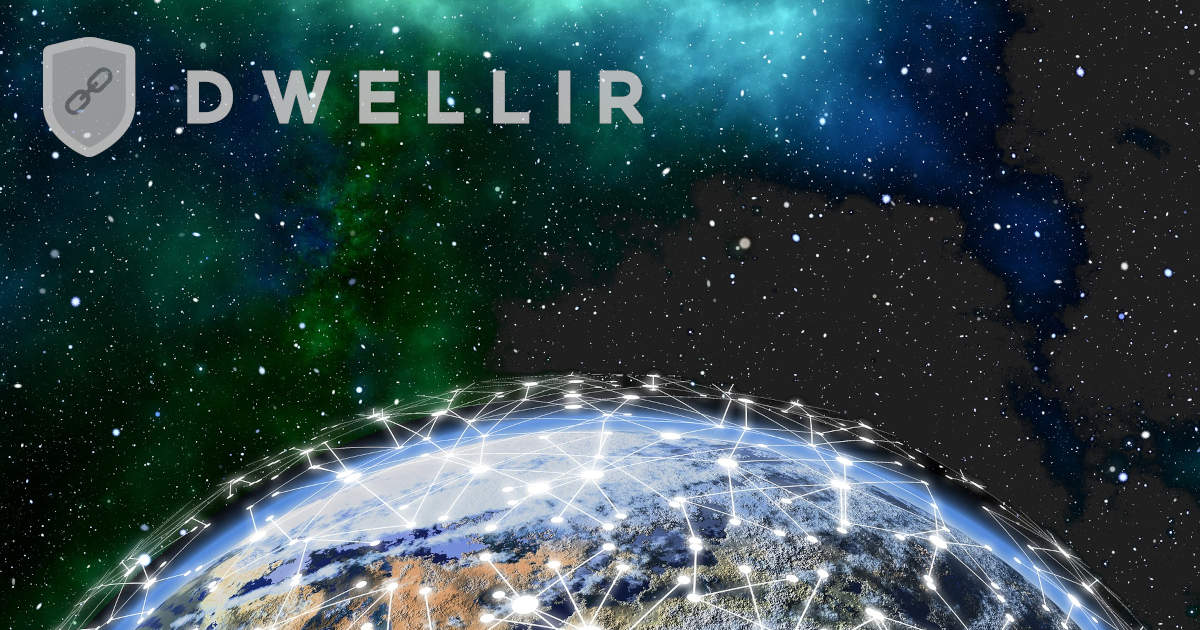 Get your development node

They also provide web3 infra for blockchain projects. I don’t think they build their own datacenter, they
most likely leverage existing cloud providers for their customers. We showed them a demo of how it
works to deploy anything on Threefold and they were excited.
https://radiumblock.com/

Very cool project in the polkadot ecosystem that provides compute through their network, they have more than 140.000 cores ready to use. The major key is that for someone to provide compute they need a trusted setup, they support intel SGX for that. I think we can run Phala on top of Threefold and remove their need for an intel SGX because the VM’s that run on threefold are isolated anyway. We could also offer storage for them, so that they don’t have to get storage for their users from centralized cloud providers.

The largest kid on the block, Astar is a multi-chain smart contract platform that supports multiple
blockchains and virtual machines. So any EVM compatible contract can run on their platform. They were interested in offloading some of their apps on Threefold to get to know the project and see where it can take them. They really don’t like it that they are running on Google, aws and other cloud providers
because they don’t believe that’s the right thing to do. The first reaction we got from them is: this sounds
too good to be true, we want to check it out.

All these projects are really focussing on building out their product suite, they don’t really care
about operational costs but they care more about usability. That’s something that we didn’t expect to hear,
but it makes a lot of sense. They would rather pay a lot more and have something very easy than
integrating with something that is cheap but requires more developer time to achieve the same result.
They are all very aware that running services on centralized cloud providers is not the correct way to go
forward, but they also don’t seem to care that much about changing to something distributed like us. 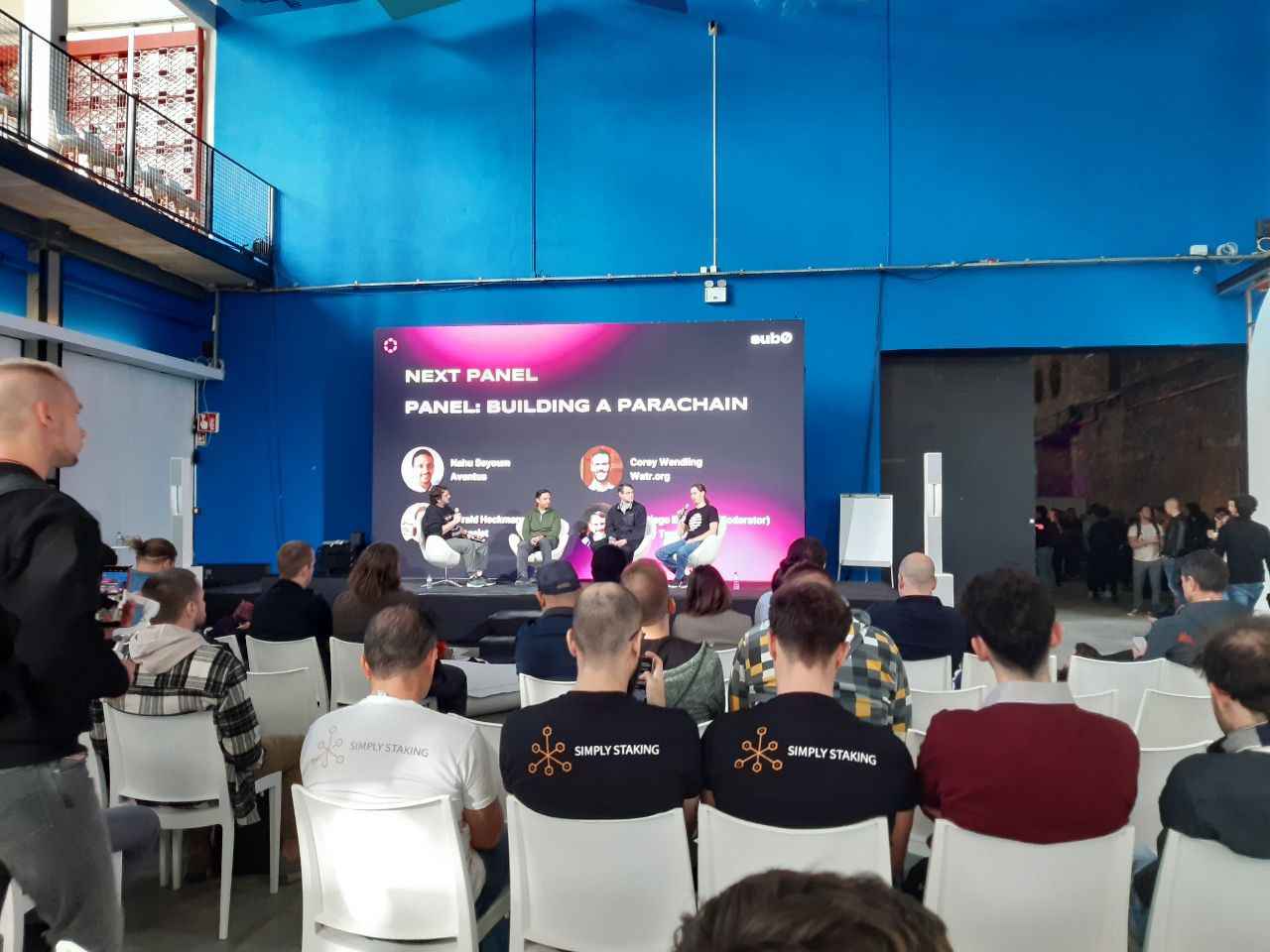 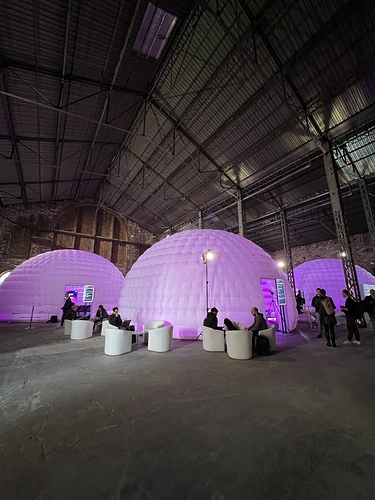 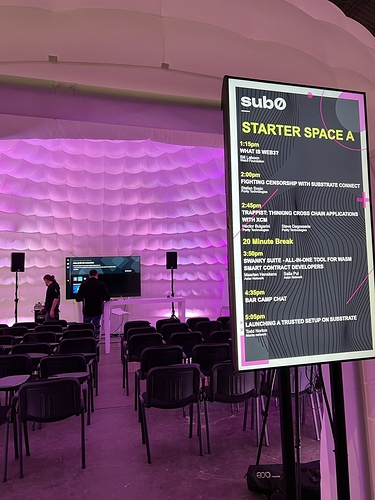 Sounds like a great experience overall with strong connections and learnings

Thanks for sharing! I hope some of the leads come through in the future. Keep us posted!

Interesting to me though that even developers in the Web3 space are still not taking decentralized / distributed infrastructure seriously enough. But as we talked about privately, at some point they will have no choice. At some point, they will be “slapped in the face” by the centralized system and we will be ready for them. So we keep building and spreading the word because the world needs what we are creating together.

I guess it’s like how a lot of opensource projects, even ourselves, still use GutHub. It’s cheap, easy, and they’re used to it. But like Sam said, they’ll come around.

But the real question we all have… Did you get to see Bit Boy lose his mind onstage in person?