How Our Planetary Network Works 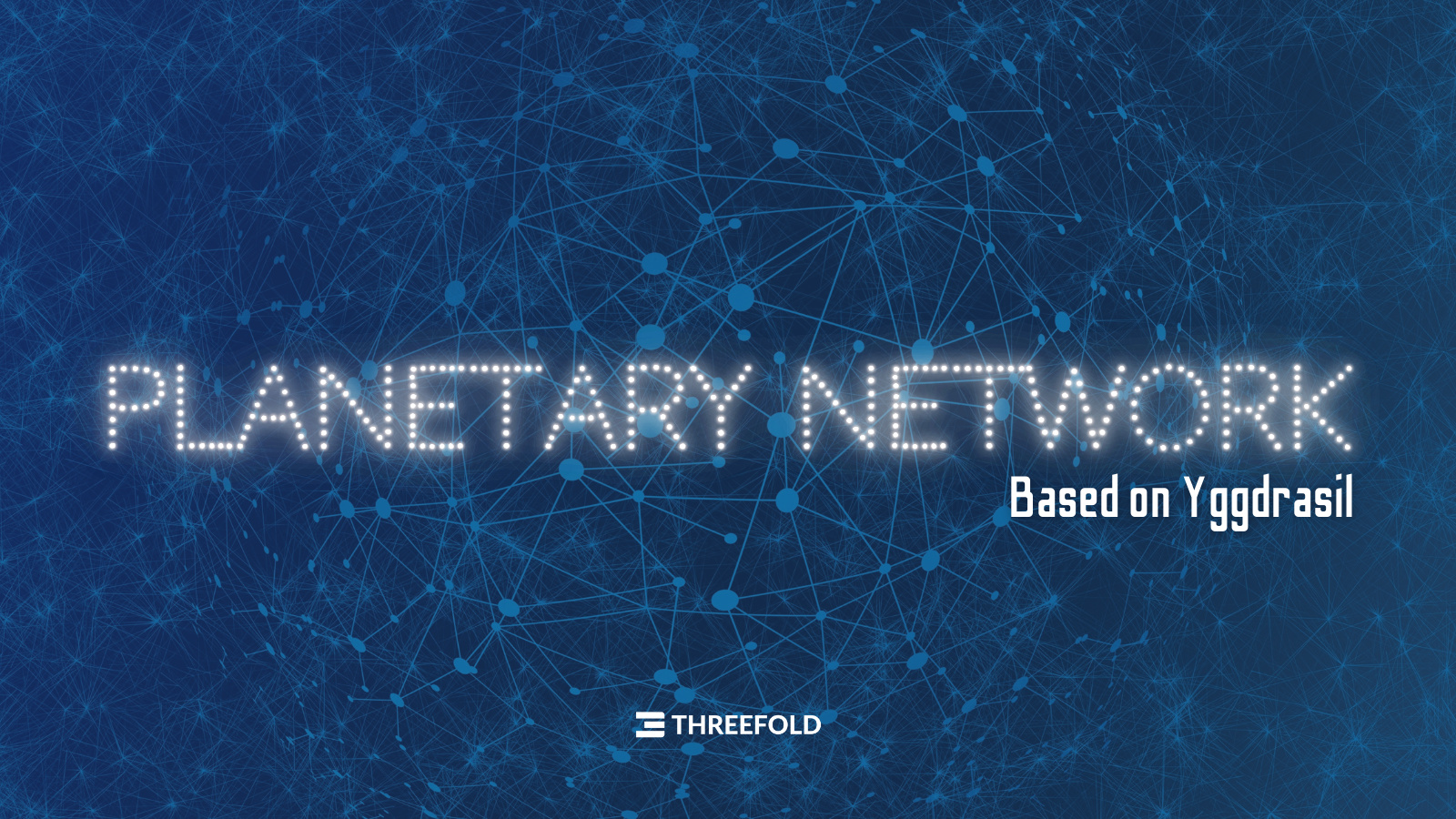 Background: How the Internet Works Today

While it appears to be a cohesive whole, the Internet as we know it is actually a rather fragmented and fragile system. As it has grown, more and more networks have been “bolted” together. This lack of well defined and resilient structure has inevitably led us to certain problems, e.g. inefficient routing tables and computers’ ability to know its location on the internet in relation to anything else. These problems have been partially mitigated – though not fully solved – through centralization. Rather than having your own computers at home holding a copy of the global routing table, your internet service provider (ISP) takes this on for you – but this leaves you entirely at the mercy of your ISP that is capable of inspecting, manipulating, or intercepting your traffic.

In addition to that, the current Internet consists of a complex set of interconnected computer networks. As such, it is liable to large scale outages due to human error in router configurations as well as control, censorship, and surveillance by governments and corporations. On top of that, most devices don’t have public addresses, as there simply aren’t enough IPv4 addresses, and IPv6 adoption, which would increase the number of available addresses, has been slow.

Our solution: The Planetary Network, Based on Yggdrasil

Yggdrasil is an early-stage implementation of a fully end-to-end encrypted IPv6 network – taking an entirely different approach to network routing, providing various benefits that traditional networks aren’t capable of. It is an overlay network, running on top of existing low-level internet infrastructure or innovative networks like wireless mesh. Yggdrasil provides enhanced, resilient routing as well as security through end-to-end encryption. With Yggdrasil, the decentralized routing information is shared using a distributed hash table (DHT), meaning that the routing information is split into pieces which are spread across different nodes and networks.

In addition to that, every Yggdrasil node receives its own, unique IPv6 address, even if it only has access to an IPv4 network, and is reachable by all other Yggdrasil-connected devices – securely and regardless of upstream firewalls like home routers. This means that all nodes on the Grid are reachable without special network configuration and that the nodes can communicate back to workload deployers who run Yggdrasil locally. Each of these nodes is aware of its relative location to other nodes, finding the shortest possible paths between peers.

Moreover, Yggdrasil’s topology effortlessly extends across different mediums, like wireless mesh. This way, routers are able to talk to each other without any connection to the outward internet. The term wireless mesh describes a P2P network composed of standard WiFi routers using a special configuration. The ThreeFold Grid is a great match for WiFi mesh as content can be cached locally next to the routers, optimizing for inherent bandwidth and latency limitations. Combined, the 3Nodes and WiFi mesh are a powerful solution for connecting communities in places where telecom infrastructure is nonexistent or unavailable, like remote gatherings, crisis situations, and nations with repressive internet restrictions. While such networks are still experimental, they have already proven to work quite well, and we’re looking forward to seeing what’s possible with the integration of ThreeFold technology.

Based on the Yggdrasil network initiative, our Planetary Network forms an overlay network which lives on top of the existing Internet or other peer-to-peer networks created. Our Planetary Network implements protocols on top of Yggdrasil to enable the communication between nodes, ThreeFold Grid deployers, and solution users in a fully end-to-end encrypted way, meaning full privacy and security for users. Within this network, everyone is securely connected to everyone. Additionally, Yggdrasil allows for any 3Node to be reachable from the outside Internet. Even if the 3Node is behind a firewall, Yggdrasil allows it to maintain a public address where it can still be reachable in an encrypted form on IPv6. In a nutshell, our Planetary Network is a peer-to-peer network that enables anyone in the world to connect directly with anyone else on the network.

So to recap, here are some of the problems with the existing internet:

And this is how ThreeFold’s Planetary Network is changing the game:

As you can see on our roadmap to ThreeFold Grid 3.0, we are currently planning to connect any system based on OSX or Linux to any node on the ThreeFold Grid 3.0, as well as to make our Planetary Network available for iPhone and Android. As our Planetary Network is too broad a topic to cover in just one post, we’ll keep sharing related information in more posts, e.g. covering protocols built on Yggdrasil like the Reliable Message Bus. While we’re working towards the ThreeFold Grid 3.0 release, we’d like to encourage you to share your opinions on Yggdrasil here!

12 Likes
Security & Privacy on the ThreeFold Grid – and second-best alternatives out there today!
Critical Security Updates for Apple and Google Underline Need for Secure IT Ecosystem
Planetary Network
A Journey through the Decentralization and Blockchain Space – Part Two: Akash
Amazon is set to compete with Starlink on satellite Internet
Introducing TF Chain & an updated billing model
How Threefold Is Decentralizing and Rebirthing The Modern Internet
An Introduction and Explanation of the Threefold Playground
kristof January 7, 2022, 5:10pm #2

Great PIECE @hannahcordes! Thank you for that.

Thank you for the kind words @karoline!