Does Threefold have the ultimate solution to scale deployments, reliability and accessibility 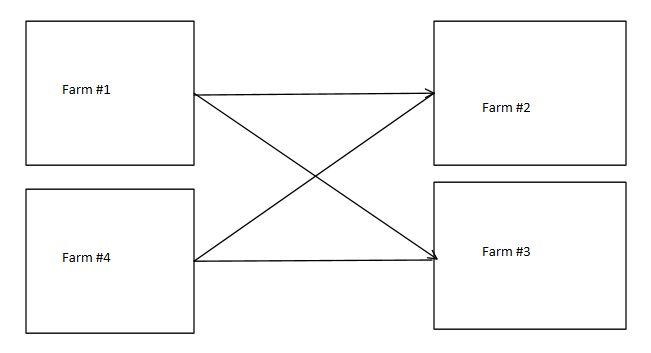 Reliability has always been one of the most important pieces of the puzzle when talking about hosting commercial workloads.

Can the threefold structure be used to deploy a Kubernetes cluster across multiple physical locations?
My theory is this, the nessecary tunnels should be in place for four or more geographically separated nodes to function as a single cluster of nodes providing the ultimate package in reliability, One user facing device, with the reliability of 4 separate sites.

Could this create a situations where through DNS records a website could be hosted on the cluster and if one node goes down it simply moves to next without service interruption?

My use case thought process is this.

Say I want to host with AWS they may be able to offer me nodes in 5-6 locations but with threefold eventually you could eventually pickup 10 nodes in 10 countries all in one place.

Im not sure how performance would be,

But I think if we used the example Danys nodes, Lochrist nodes, Greenedge nodes, and my nodes a general idea could be formed as they all have

With the task being Could a bulletproof public access webpage be hosted that would use hosting space and a public IP from each place to provide one big picture solution across multiple countries?

Hello @parkers!
I’m not the technical side, but my answer will be YES. And by the nature of Threefold that is P2P. Correct me if I’m wrong!

Well said. And this is exactly that this grid brings. if you consider yourself as the architect of the IT solution than you can literally hand pick (based on criteria you set, location, farmer performer, credentials etc). This allows you to have a much more granular design approach then selecting a “East coast and West Coast” based facility.

When deploying multisite deployments point-to-point (wireguard) connectivity is create between all VM’s that can interact and communicate directly to eachother. By assigning one (or more) VM’s a public IPv4 address (or planetary network…

) you can create redundant ingress and egress points.

So all of this is possible today! See some of the multi-node deployment examples in the infrastructure as code examples: Terraform Kubernetes cluster

Last the controller node has a (single) public IPv4 which acts as the gateway in / out.